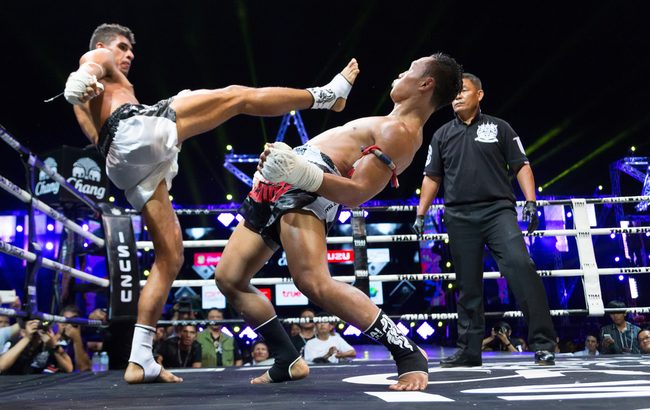 There’s boxing and then there’s Thai Boxing, or Muay Thai, as it is known; a brutal sport that demands everything from the fighter, and some! Knees, elbows, feet and fists fly with this ancient Siam art and this sport has taken the UK by storm, alongside mixed martial arts (MMA). Another contact sport, kickboxing is closely related to Muay Thai and in the 1990s, several top-rated Muay Thai fighters crossed over into kickboxing and won international honours as champions, with the legendary Muay Thai fighter Buakow Banchamek becoming a two-time K-1 World Max champion in Japan.

Muay Thai Camps in the UK

Whether you want to study Muay Thai in Reading or Manchester, there are Muay Thai camps in every UK city and in the past decade, British and European Muay Thai fighters have won accolades. Many young athletes see this brutal sport as the ultimate challenge, as you have to be supremely fit to participate in a 5-round Muay Thai contest. The 3-minute rounds have 2-minute rest periods in between rounds, therefore, all training is based upon 3 minutes, with 2-minute rest periods to simulate real combat in the ring.

The two major weapons in the Muay Thai fighter’s arsenal are punches and kicks, while the knees and elbows can be deadly when deployed. Indeed, the elbows are not used in training, due to the damage they can cause. If you would like to learn more about getting into Muay Thai, search online for your nearest Muay Thai camp and get yourself down there to talk to the instructors.

You do need to be very fit to take up this sport, as it is very demanding and don’t expect to be getting in the ring for quite a long time. Your Muay Thai instructor is the one who decides when you are ready for a real bout, which might be as long as one year, depending on your progress. There are so many aspects that come together to create a Muay Thai fighter and if you are young enough and good enough, you could embark on a career as a Muay Thai fighter.

Many people take up Muay Thai as a form of self-defence, while some do it just because of the challenge involved. Whatever your reasons, check out your local Muay Thai training gym and see how you like the atmosphere and who knows? This might be the perfect sport for you!